Brexit: the checklist of things to remember for companies by 31st December 2020 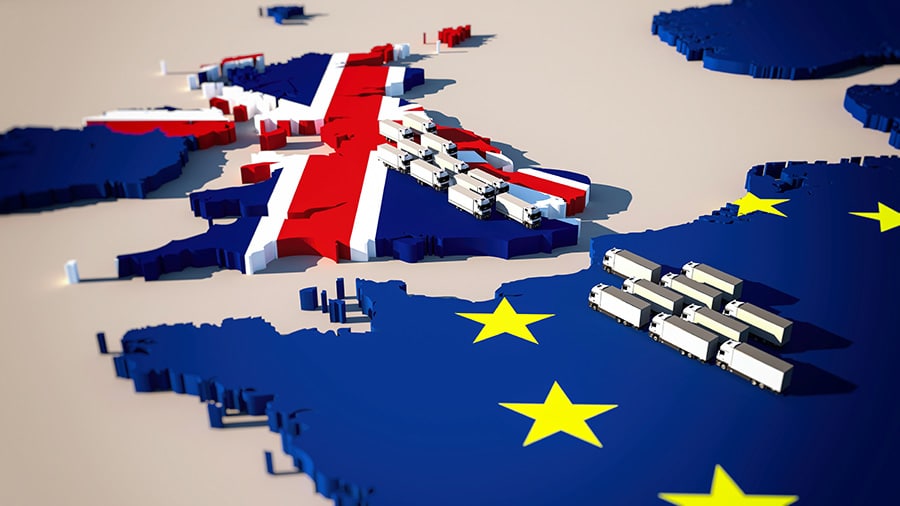 In 2016, our neighbours across the Channel voted overwhelmingly to take the United Kingdom out of the European Union. After lengthy negotiations and developments, Brexit officially started in January 2020. The transition period will last until December 2020 for an effective implementation on 1st January 2021. What are the changes for businesses and how can they best prepare for them by taking advantage of this transition period? Take advantage of the remaining few weeks to make sure you are up to date on the changes that this will entail for your business.

Before going further, let’s go back to basics: what does “Brexit” mean? This term entered our vocabulary a few years ago. But what does it mean? A portmanteau made up of “Britain” and “Exit”, it designates the exit of the United Kingdom from the European Union. First put forward by David Cameron, then negotiated by Theresa May and finally Boris Johnson, it will come into force on 31st December 2020.

While the first negotiations started in 2017, with many proposals and refusals on both sides, the UK and the European Union are still negotiating in 2020, this time to find a trade agreement in Post-Brexit Europe at the end of this transition period.

In the case of a “No Deal” (“Hard Brexit” or “Clean Brexit”) this would mean that no agreement has been reached to the satisfaction of both parties, customs duties would again be effective between the United Kingdom and any member country of the European Union (including France). Considered then as a third country, future trade relations with the United Kingdom would then be governed by the rules of the WTO (World Trade Organisation) as soon as free movement ends.

Should an agreement be reached by the end of 2020, we would then speak of “Soft Brexit”, a smoother exit where our neighbour across the Channel would maintain a privileged relationship with EU members for trade while maintaining its official exit from the European Union.

To be successful in the UK, don’t neglect the translation of your website:

Translation for export, the multilingual strategy that pays off

Companies: the checklist to be taken into account before 2021

Is your company domiciled in the UK? Do you have a branch there? Are any of your employees British? Do you have business relationships with companies based across the Channel? The UK’s withdrawal from the European Union may have a particular impact on you and these relationships. Here are a few points to review by the end of 2020, to make sure you are in a good position when Brexit takes place:

Do not miss our article Brexit: in love with Paris: as a consequence of Brexit, British companies are accelerating their relocation to France.

Why is it essential to be supported by a company specialising in legal translation?

With or without an agreement, Brexit is complex and fraught with consequences. The Direction Générale des Entreprises (DGE) is there to help you and answer your questions on this subject. The services of the Ministry of Economy and Finance and the CCI can help you.

In addition, benefit from the expertise of a specialised sworn translation agency. Experts in legal translation will help you update your contracts and provide certified translations to ensure that they remain official in the UK. Contractual, legal or regulatory documents are no laughing matter! Seek out support and anticipate Brexit with peace of mind.

1st January 2021 is fast approaching, and with it, the effective implementation of Brexit. Depending on whether or not agreements are concluded by then, the United Kingdom will then be considered as a third country or will retain trade advantages with EU Member States. Check all the regulatory and legal points to be taken into account in order to adapt to the changes and, above all, make sure you have the right people around you and benefit from the expertise of a company specialising in sworn legal translations!

Do you want to get around Brexit’s constraints through e-commerce? Here are some indispensable keys to success: Why and how to translate your e-commerce site?